2022, Russia,
documentary,
54 min, color
The film was shot during an unusual women's road trip around Lake Baikal. During their journey, 4 creative residents of St. Petersburg of various professions meet with compatriots living in Siberia and take short interviews about life, work, women's happiness, the secret of success. And they ask the key question: "What difficulty has shaped you as a person? And what inspired you to overcome it?" The answers were exciting & inspirational and formed the basis of the documentary.

WOMEN AND ROADS. THE WAY TO YOURSELF. BAIKAL. 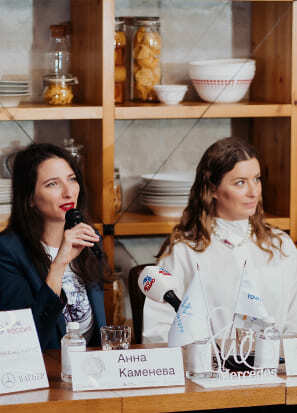 In 2004 Anna graduated from the Faculty of Philology of SPbSU. For 10 years she managed a magazine, while in parallel doing business, PR and event. 2 years ago she started songwriting & directing videos for children.

Kristina graduated from St. Petersburg State University of Economics in 2003 and an MBA from St. Petersburg State University in 2008. She writes books - bestsellers for children. In 2021, Kristina published the book "Antifragile: women in the history of Russia", the continuation of the idea of which was a film-rally, shot together with Anna about the women of the Baikal region.