2021, Kazakhstan,
documentary,
52 min, color
The documentary project focuses on the image of women who had power and influence at the different levels in the steppe. The studies of the last decades indicate that the rights of women in Turkic-Mongolian society were immeasurably wider than those of their contemporaries in the countries of the East and West. The film allows to create a general idea about the women's role in the political life of the Turkic-Mongolian, post-Horde states on the territory of the Great Steppe.

THE SOVEREIGNS OF EURASIA

ALEXEY KAMENSKYI
Director of documentary films. Member of the Technical Committee "National Committee for the Safeguarding of the Intangible Cultural Heritage of the Republic of Kazakhstan" for UNESCO. Certified expert in the field of UNESCO video documentation 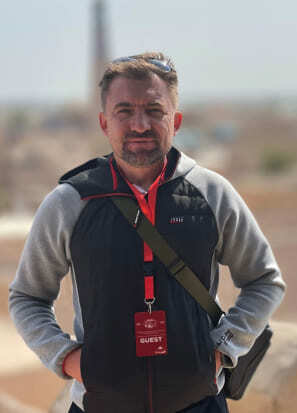