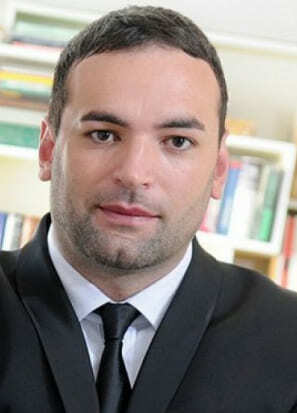 The plot of the film tells about six people with Down syndrome who overcome many obstacles and become one of the first students of a professional acting school in Southeastern Europe, breaking down barriers and prejudices about the capabilities and abilities of people with Down syndrome. When one person's dream becomes the power of all, then nothing is impossible. Through an incredible story about the steadfastness of the human spirit and faith in one's own strength, this touching roller-bonfire leads you on a journey after which you will not be the same.

DENIS BOJIC
Denis Bojic was born on October 13, 1981 in Bjelovar, Croatia. He graduated from the Faculty of Philosophy in Banja Luka, Department of Journalism. He defended his master's thesis in the field of political analytics - civil society as the subject of democratic processes in Bosnia and Heryegovina. He gained his experience in journalism working for several newspapers and TV stations. Since 2013, he is an editor of the Documentary Department in Radio Television of Republic of Srspka. He is the autor of numerous social reports from the region and Europe. Award for the best journalist in Bosnia and Herzegovina for 2017. Humanity Award "The sisters Gajić"
Short filmography
2015 «Djeca»
2017 «Lica Lafore»
2021 «Neki novi Brodvej»
2022 «Svjedok»