2022, Kazakhstan,
documentary,
70 min, color
The film shows the history of the Aral Sea since its inception. We'll see the dinosaurs that once inhabited this territory, hear about the first research, and the chronicle of Soviet times will show us still full-flowing Aral Sea and the decisions leading to its death. Much attention in the film is given to the processes of formation of flow of Amudarya and Syrdarya rivers forming the Aral Sea, modern projects on combating the Aral ecological crisis carried out today.

RETURN OF THE SEA 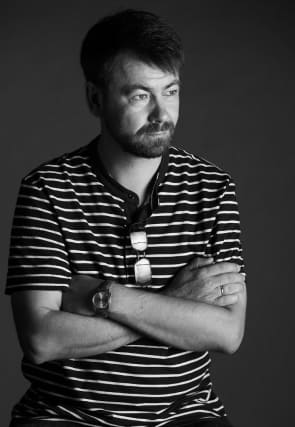 VIKTOR VILKOVISKIY
Born in 1979 to a family of astrophysicists in Almaty. 1996-2033 studied in Abay State University majoring in biology, teacher of biology, botany and physiology at school and university. His master thesis was on «Spatial structure of vegetation of the dried seabed on the east coast of the Aral Sea». Worked as editing director on many films of Sh. Aimanov Kazakhfilm JSC, as well as private film companies.
ВХОД СВОБОДНЫЙ. ПРЕДВАРИТЕЛЬНАЯ РЕГИСТРАЦИЯ НЕ ТРЕБУЕТСЯ
Даты показов
20 августа 11:15
Частная филармония ТРИУМФ
ул. Ленина, 44